About our Cluster of Excellence

About our Cluster of Excellence

Here we are presenting you how our Cluster of Excellence RESIST is structured: Starting with our trio of speakers led by Prof. Dr. Thomas Schulz, followed by the RESIST researchers, the management office, the participating committees, our partners and the “Deutsche Forschungsgemeinschaft” (DFG) as funding organisation. All of them – and above all the people who take part in our studies – make our scientific work possible. We share a common goal: research for the weakest. We want to make a strong effort for their protection.

If you have any questions about our work, please do not hesitate to contact us.

RESIST is a Cluster of Excellence…

… and thus a powerful consortium of scientists from different disciplines and institutions working together on a research project at an internationally competitive level.

Clusters of Excellence are funded within the framework of the “Federal and State Excellence Strategy” providing the opportunity to pursue their research objectives, train young scientists and recruit top international researchers. The duration of the first funding period is seven years, and can be prolongated for further seven years in the second funding period.

As part of its strategy for excellence, the German Research Foundation (DFG) is funding RESIST with around 32 million euros in the first funding period between 2019 and 2025. In addition to RESIST, 56 other Clusters of Excellence in various research areas are funded nationwide. 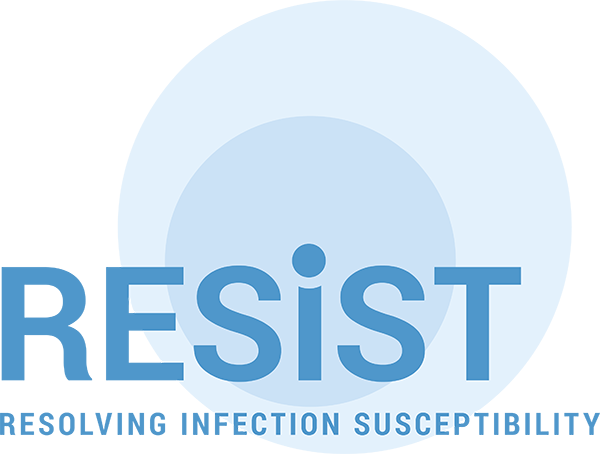 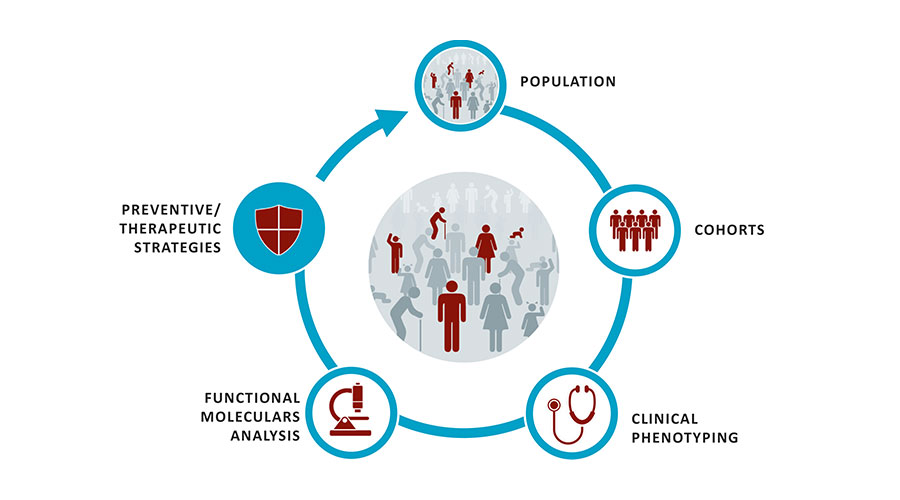 Networking of basic and clinical research (click to enlarge!)

We are strongly connected

The special feature of RESIST is the close and strong interaction between the physicians, who perform mainly clinical work and who are very familiar with the situation of the patients, and the researchers, who do basic research in order to improve prevention, diagnosis and therapy.

In order to be able to help patients, RESIST combines basic and clinical research – especially with the help of existing and newly established cohorts. These groups of the population help the RESIST team to create the basis for improved possibilities of diagnostics, prevention and therapy. 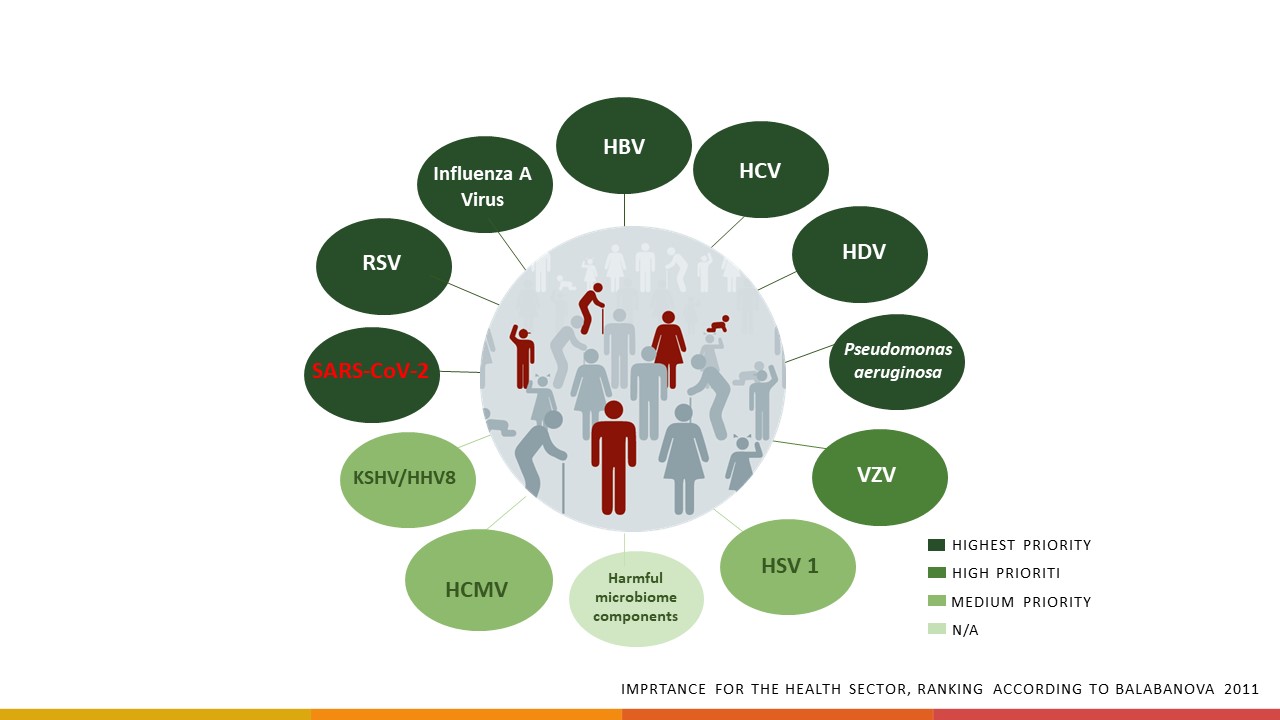 Pathogens in the focus of RESIST (click to enlarge!)

Major pathogens are in focus

RESIST research focuses on certain pathogens: These include RSV, which can cause life-threatening respiratory infections in small children, influenza viruses, which can be particularly harmful to older adults, and Hepatitis B and C viruses (HBV, HCV). The pneumonia-causing bacteria Pseudomonas aeruginosa are also being studied, as are varicella zoster and herpes simplex viruses (VZV, HSV1), harmful microbial components, cytomegalovirus (HCMV) and kaposi sarcoma herpes virus (KSHV). Since 2020, several projects are also focused on the coronavirus SARS-CoV-2.

Pathogens in the focus of RESIST (click to enlarge!) 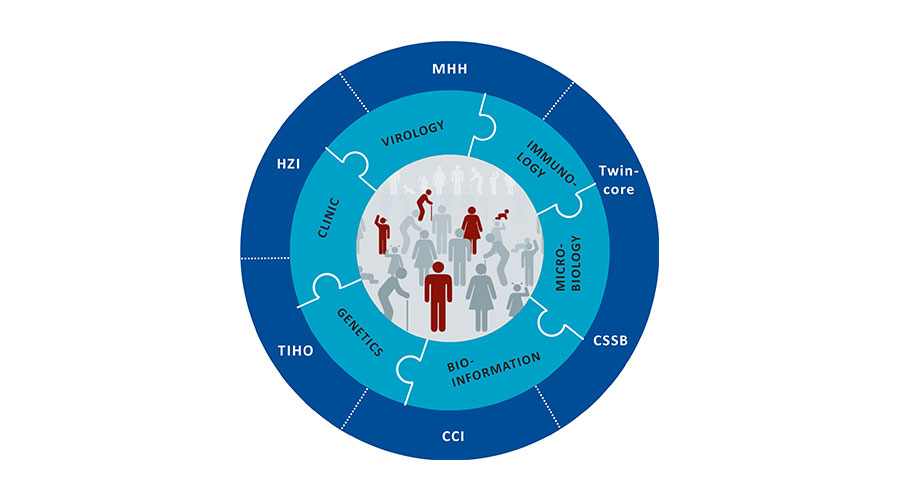 RESIST consists of 50 research groups from six different partner institutions and Hannover Medical School (MHH) as lead institution. The groups are strongly connected by around 30 projects and are moreover supported by scientists from five other cooperating institutions.

The groups work on an interdisciplinary basis: experts in the fields of virology, immunology and microbiology are represented as well as specialists in bioinformatics and genetics. The research is based on data from patients from specific cohorts and the networking between research and the clinic is therefore very strong overall.

Film Portrait of the Cluster of Excellence RESIST